From Fabricator to Instagram Influencer: The story of Dave Blackburn

Growing up, Dave Blackburn spent most of his time hanging out at his uncle’s body shop or at the garage door business his mom and step-dad owned. Without that experience, he said, “I wouldn’t be where I am. I watched my step-dad do a lot of stick welding on commercial jobs and around the house and I was introduced to MIG welding at my uncle’s shop.” While he learned most of his craft from watching his family, he enrolled in auto body classes for one semester then switched to welding classes at his local community college.

In 1999, he started working at a bicycle manufacturer as a fabricator where he expanded his skills to TIG welding aluminum. Later that year, he bought himself a Lincoln Squarewave 175 and, in his own words, “it took off from there.”

Nearly 20 years later and Dave is running his own business as a welder, fabricator, machinist, and CNC programmer. He’s garnered quite the following on Instagram (check him out @blackburnfabrication) and became one of Fronius’ influencers, traveling from trade show to weld shop showing off their latest products. He’s also one of Arc-Zone’s Pro Partners and we are proud to have him on our team!!

What is it about Mr. Blackburn that has us all at Arc-Zone hooked? Well, he doesn’t mind being challenged, it helps push him to try harder and do better the next time. In fact, challenges are his favorite part of the job. He shared, “I like the challenges. One of the hardest jobs I’ve done is welding a landing gear on an airplane. I could barely fit both arms in the work area and I used a mirror to weld the backside while I worked the TIG pedal with my calf.” Not only does he like a challenge but he considers it an adventure that keeps his work fresh and fun!

He’s also a humanitarian with the hunger to give back. When asked what he sees himself doing in 10 years, Dave said, “I want to continue growing my business and work on those odd jobs that no one else will take. I also want to start giving back by helping younger welders. I’m still working out the details but I want to work with a local high school.”

When Dave isn’t working on his next adventure (aka welding challenges) or plotting how to take over a high school’s welding program, he likes to ride dirt bikes and mountain bikes, long range shooting, hunting, hiking, and gunsmithing. And to top it off, he tries to spend as much free time as he can with his family.

With a life like Dave’s, it’s no surprise he has over 25k followers on Instagram; and with so many people looking up to him, we couldn’t help but ask who he looks up to. Dave expressed, “I look up to a lot of people. The main people are my dad and uncle because I wouldn’t be where I am without them. Other people are teachers, like Bob Moffatt. He’s in the classroom helping young welders start a great career. There are also a ton that I see on Instagram but too many to name.”

It’s because of Instagram that Dave is able to expand his company’s reach. Yes, word of mouth helps but having people from all across the globe see his work on a daily basis has increased his business significantly. He’s had the chance to work on some fun and interesting projects such as headache racks for pickups and erecting and plumbing a windmill. His favorite project so far is building a bed for his welding rig. He said, “It’s my favorite because I designed and built it myself, I use it everyday, and it’s different than anything else I’ve ever seen.”

Something we’ve noticed about Dave is that he likes things that are different, he isn’t afraid to try anything new or step out of the box. This is the type of person we don’t mind taking advice from because we know they’ve tried everything at least once and if they don’t get it right, they’ll try it another way until they do. Dave’s advice to us and any welder starting out is, “Learn everything you can from teachers and old timers in the field. Take what you learn and make it your own. Get as much hood time as you can. Be accountable for your mistakes and learn from them.”

We wish Dave continued success in his endeavors and can’t wait to see how he tackles his next welding challenge. To learn more about Dave, give him a follow on Instagram! 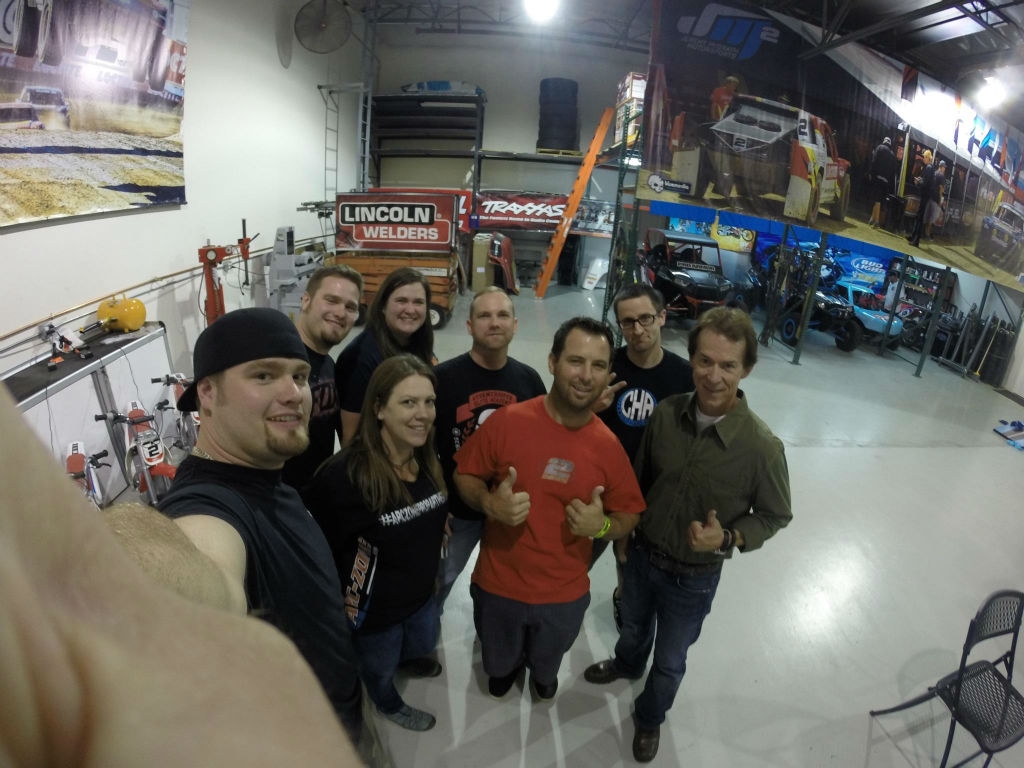 What Your Parents Didn’t Tell You

What Your Parents Didn’t Tell You