Who knew a welding supply company would have exactly what you need to watch one of the most incredible phenomenons in nature? 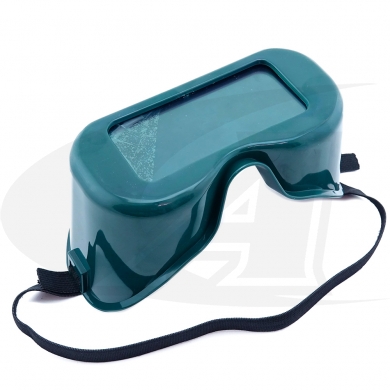 We’re fascinated by Eclipses which migrate from one U.S. coast all the way to the other. To serve our customers, we’ve added an awesome Shade 14 lens and super cool goggles to help you SAFELY share the eclipse experience with friends & family.

Click to listen to this little ditty by Timbuk 3. Guaranteed to get you in the Eclipsing mood.

Who Knows Eclipses?… Welders Do!

Watching an eclipse is similar to welding with a passive lens.  It feels like you’re wandering around blind for a moment, but once you strike an arc, your small glimpse of the world [puddle] comes into view. 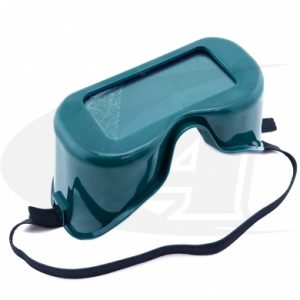 Same goes for slipping a #14 lens into your hood or goggles to stare at the sun… keep your hood down, til there’s total darkness & then it’s safe to gaze upon the wonder of the sunless sky (or your weld zone) and the world around you. Once the flash of the sun reappears, it’s time to get back under the hood, outfitted with a #14 lens or an ISO 12312-2 compliant & CE certified pair of special shades.

There’s an Eclipse, You Say…

In 1,000’s of towns & cities and 14 states from sea to shining sea, there will be total darkness for over 2 minutes in the middle of the day. The last time the contiguous U.S. experienced a total eclipse, bell bottoms and disco were all the rage & the year was 1979. During a solar eclipse, the moon obstructs the Earth’s view of the sun completely or in part. The entire event will last about 3 hours, but the longest period of total darkness will be under 3 minutes. Oregonians will be the first in the U.S. to dawn their eclipse lenses at 9:05 am PDT with totality commencing at 10:16 am PDT.

So Why Do Eclipses Happen?

Sky & Telescope does a good job of describing how and why:

“A solar eclipse… occurs only at new Moon, when the lunar disk passes directly between us and the Sun. Conversely, a lunar eclipse takes place during full Moon, when our satellite passes through Earth’s shadow.

These alignments don’t happen at every new and full Moon because the lunar orbit is tipped about 5° to Earth’s orbital plane — only occasionally do the Sun, Earth, and Moon line up exactly enough for an eclipse to occur. (The technical name for that, by the way, is syzygy.)

Solar eclipses more tightly restrict where you can see them because the Moon casts a smaller shadow than Earth does. If the Moon completely hides the Sun, the eclipse is considered total. With its brilliant disk completely covered, the Sun’s ghostly white outer atmosphere is momentarily revealed for durations from seconds to several minutes. In November 2013, for example, planeloads of eclipse-chasers converged in a remote portion of northern Kenya to watch just 11 seconds of totality.

A completely eclipsed Sun can be viewed only from a narrow track or path on Earth’s surface that’s typically just 100 miles (160 km) wide. Outside of that path, about half of the daylit hemisphere of Earth is able to watch a partial eclipse as the Moon obscures a portion of the Sun.

The [August 21st Total Solar] eclipse in 2017… is a very special one. Whenever the Moon covers the Sun, the narrow path of totality can be anywhere in the world — often traversing remote locations. But this year’s event is very close to home for many of us, because the 70-mile-wide path of totality stretches from the Pacific to the Atlantic across the continental United States. The Moon’s full shadow hasn’t passed over any U.S. soil since 1991 (Hawaii) nor across any part of the contiguous 48 states since 1979. Moreover, a total solar eclipse hasn’t run coast to coast since 1918!”

Arc Flash is no joke! Welders understand the importance of safeguarding their eyes from the scorching effects of UV radiation. Shade #14 is the recommended minimum protection for welding at 400 Amps or for staring at the sun. Can you say, it’s getting hot in here?

We’ve haven’t found any auto-darkening TIG welding helmets that go above a Shade #12 or #13… cuz Shade #14 and above isn’t really used for TIG. At that amperage, you’re probably carbon arc welding (CAW). Yikes! So be careful, as your normal hood isn’t going to offer the recommended protection for your eyes, against the mighty sun’s rays.

Protecting one’s eyes is no joke and should be taken seriously. Dr. Alex Koyfman authored a

short overview of the causes of Ultraviolet Keratitis, and it definitely scared us straight… Please share  to make sure that everyone you know is viewing the eclipse safely (& welding safely) and understands the consequences of not protecting their eyes. The more frequently or longer your eyes are exposed to harmful UV radiation the worse your eyes can become, as the damage is cumulative and you may not really feel/see the effects of previous years of exposure until it’s too late. PLEASE be safe out there, when welding and when looking at the sun, especially during the solar eclipse.

On a Lighter Note, Here’s a few more informative links:

We sign off by saying stay safe out there and wear your PPE, because your future truly IS bright, and we want you to be able to see the next celestial event clearly too.