I became a member of the American Welding Society back in 1993 when I attended a local AWS chapter meeting in LA with Weldcraft’s Sales Manager. At the time I was the Director of Manufacturing at Weldcraft. I had been feeling disconnected from the industry and I discovered that the AWS is a professional network of people from around the globe who had built good careers in the metal fabrication industry: students, welders, engineers, inspectors, managers suppliers, and manufacturers. 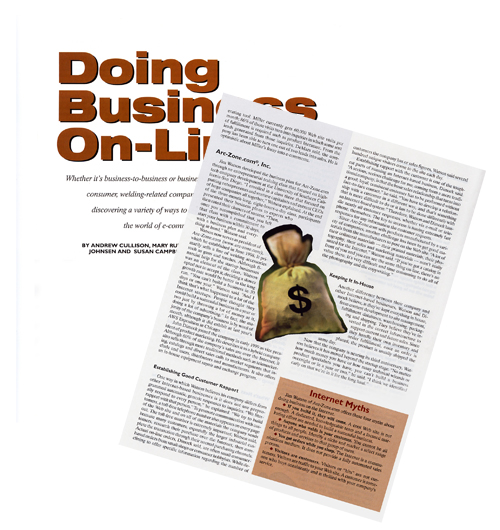 Joining the AWS was a way to expand my industry contacts, learn more about the technical aspect of the welding industry and, of course, get the Welding Journal magazine!  And since starting Arc-Zone back in 1999, we’ve been featured between the covers of that magazine (.pdf).

Some folks here in San Diego have recently banded together to reinvigorate the San Diego Section (chapter) of the American Welding Society and here at Arc-Zone we’re thrilled. So much so that we are hosting the October meeting.

If you’re in the SoCal Zone and plan on attending, please RSVP online and mark your calendar! This is going to be an great event!

The topic for the meeting is “Education and the Demand for Welders in the Future.” And we have some special guests including President of the American Welding Society Dean Wilson, the outgoing District Director Nanette Samanich, and the incoming District Director Sam Lindsey.

Current AWS Section Chair Jeff Davis (one of those sparking new life into the San Diego Chapter) will also be on hand. Jeff works for San Diego Water Authority and is part of the team building the Desalination Plant in Carlsbad, Calif. The plant will ultimately provide 7% of San Diego’s water. You can read more about it on the project’s website, but Jeff says this is one of the largest desalination projects in the Western Hemisphere! With its ten miles of pipeline, not to mention the 80 miles of pipeline the Water Authority is currently rehabilitating, they’re becoming affected by the shortage of welders as Baby Boomers retire.

“Try Before You Buy”

“Try Before You Buy”