Welding and Racing: Connections for Life

Recently I was invited to a Bikes and Burgers Charity Event in SoCal by my buddy Tom White. 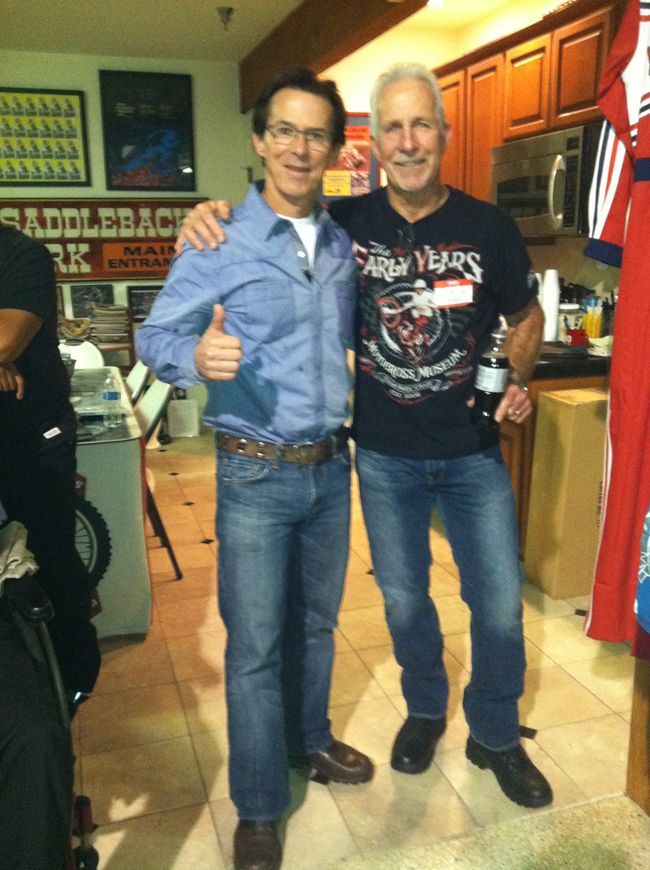 We’d run into each other a couple years ago at the Concourse D’elegance Motorcycle show in Del Mar California but I first met Tom and his twin brother Dan at an AMA District 37 TT Scrambles race at Huntington Beach Speedway back-in-the-day. To me, a 12-year-old kid, they were impressive: a couple of cool, classy, good looking guys who raced dirt bikes! They had their own truck and two beautifully prepared Bultaco “boat tail” Pursang TT bikes. They even had their own t-shirts with a tag line “Bultaco’s are Best.”

I’m so glad I was able to reconnect with Tom and attend the Bikes and Burgers event at Tom’s Early Years of Motocross Museum. The event was not only held in an amazing place, it was a fundraiser for the High Hopes Head Injury Program.

Tom’s Motocross Museum is only open for special events, but this is a truly world-class facility with over a 182 rare dirt bikes and related memorabilia—it was impressive.

It was cool to see all the dirt bikes, but seeing all the photos and posters really took me back to those days with my family, and to the time when I first met Tom.

On the wall in his museum’s bathroom there is an iconic picture of a 70’s era Flattrack victory lane picture from Ascot Park. 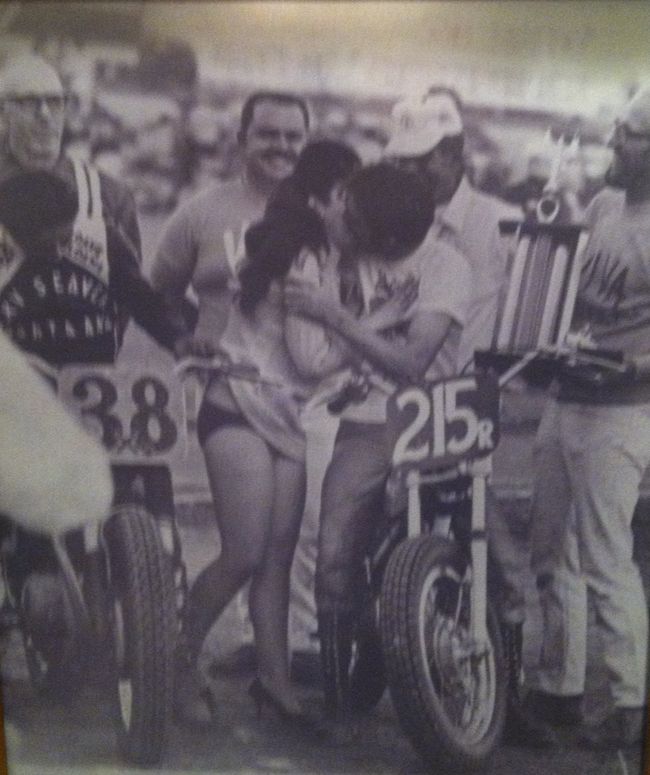 It shows Dave Aldana AMA National #38 (from the movie On Any Sunday) lifting up the skirt of the trophy girl, as Jimmy Raymond #215R (the Amateur Class winner) kissed her! Jimmy rode a Montessa Capra 250 for John Jacobson (my sixth-grade teacher’s husband), who is holding the trophy in the photo! Also pictured (in the back with dark hair) was Donnie (last name anyone?) from Big-O-Tires who sold me my first TT race bike, a Bultaco 125 Sherpa model “S”.

It was John and Jackie Jacobson who got me into motorcycle racing as I used go to the track with them several nights a week. Jackie said it was to keep me out of trouble!

My family drove me to the track each week and our pit box was always busy. My Mom packed a large cooler filled with good food, my Dad, who tuned my bikes, was a mechanical genius. And I had two attractive sisters. All that insured that other racers were always wanting to check us out and get in on the fun!

When a couple of years later, my Dad took a job that required him to drive to downtown LA every day, we moved from rural Claremont California to the more urban Pasadena, over an hour away from any of the motorcycle tracks. That was the end of my motorcycle racing.

My older sister’s boyfriend was a factory Montessa rider and I would go with him to the bike shop that sponsored him. The shop owner had a Sprint Car kit that he was building and they didn’t know how to TIG weld. That’s when I got my first crack at building a race car.

When I got involved in the Sprint Car scene I developed a new group of friends, but I never forgot the racing lessons I learned about continual improvement, and giving it your all. And of course I never forgot the relationships that I built in the motorcycle community, and guys like Tom and his brother Dan.

I can’t help but think that it’s something about the racing culture that gave us all this drive to build things, and ultimately to succeed. The White Brothers went on to build an incredible motorcycle parts company that they later sold for millions of dollars.

The New Legacy(tm) Series from Weldcraft

The New Legacy(tm) Series from Weldcraft