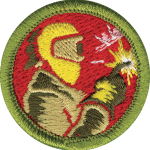 Reuters recently published an eye-opening article that described how the American Welding Society (AWS) has begun to address the need for future welders. According to the AWS, 140,000 new welders will be needed by 2019 to replace retirees. Society today focuses on the importance of four-year degrees, which has affected demand for education in skilled trades like welding. The AWS has helped the Boy Scouts of America award its first welding merit badge in March in hopes to spark an interest in welding for the youth today. According to Sam Gentry of the AWS, “The Scouts start realizing that welding could lead to a viable career, it’s not just something to fix a fence.”

In recent years, many vets in the welding industry are worried that there will not be enough younger welders to fill their shoes once they have to retire. In fact, among the roughly 450,000 U.S. welders, the average age is 55. Recent efforts by the AWS working with the Boy Scouts seem to be paying off; however, only time will tell. According to article, “The Boy Scouts have already run out of their first printing of 11,000 welding training manuals, which cost about $5 each.”

Thanks to Reuters and the Boy Scouts of America for drawing attention to our great trade. Check out the article at the link below.

Tips for Selecting a Welding School

Tips for Selecting a Welding School