I was watching American Chopper with my wife last night and when they did a close up of Rick Petko TIG welding a custom gas tank together, my wife said, “He is using a 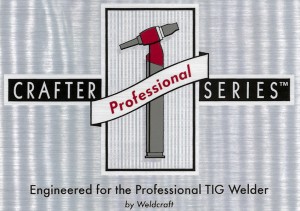 That brought back memories of 1994 when we were dating and I was the Regional Sales Manager for Weldcraft, the world’s leading TIG torch manufacturer.  I was living in the western suburbs of Chicago, Saint Charles, IL to be exact.  I had a nice 1,000 Sq Ft fab shop behind my ranch house.

That shop is where I tinkered with an idea to solve a major problem with the TIG torches on the market at that time.  There was not a torch on the market that was ready to go right out of the box, with nozzle, tungsten, connectors and all.  I also added a flat side on the handle so that the welder can know which direction the torch is facing without lifting his helmet.  I built the first prototypes of what became the Crafter Series TIG torch, complete with the silicone rubber test molds, handle mock ups, etc.

I was working with long time racing buddy and good friend, John Dimock, the Southwest Sales Manager for Weldcraft.  We were getting ready for that AWS (American Welding Society) trade show in Chicago. Our sister company at the time was Bernard Welding Equipment located in the South suburbs, so it was important and all the Executives would be at the show.  Based on my travels to distributors all over the world, it became clear that there was a need for a high-performance TIG torch that was easy to sell and more than a copy of a 30-year-old design.  Besides the prototype sample torches, we put together a complete marketing proposal and sales plan.  We assembled all of the executives in one room and laid out the prototype and marketing plan to them.  I was surprised when the response was, “How much do you need and when can we get it done?”

That was the beginning of the Crafter Series line – the next generation of high-performance water-cooled TIG torches, and one of the best-selling premium TIG torches of all time.  Since that time, the concept has been copied by WeldTec and branded as a “Speedway” series, and of course there is no shortage of “import” TIG torches that are branded with a variety of names on them, but all share the same reverse-engineered components from a generation ago.

Times change and that leads me to today.  Arc-Zone welcomed Josh Sprinkle, the Weldcraft regional Sales Manager.  He stopped by the Zone today to share with us the next step forward in TIG torch design and performance from Weldcraft.

The WP-280 is a re-engineered version of the world’s most popular TIG torch model.  This torch rocks, it has an integral Super Cool™ water chamber built into the head, an improved cable and hose design with ColorSmart™ identification, and the hoses easily connect to the TIG torch body with screw-on hose nipples.  No more stainless steel wire ties!  Lastly, the new WP-280 series has a compact and friendly handle with just the right feel to it, and for those of us who value a small, comfortable and powerful TIG torch, the new Weldcraft WP-280 fits the bill.  I have one on my machine and I love it!

This is what the Crafter Series concept was all about, a TIG torch that was created in the engineering department by electrical and mechanical engineers, tested in the lab, and field tested by some of the top fabricators in the metal working industry.  Stay tuned, in a few days I’ll post an interview we did with Josh from Weldcraft that gives the scoop on this cool new torch.  Meanwhile, check it out for yourself right here in our store.

Here’s a spec sheet of the WP-280 from Weldcraft. 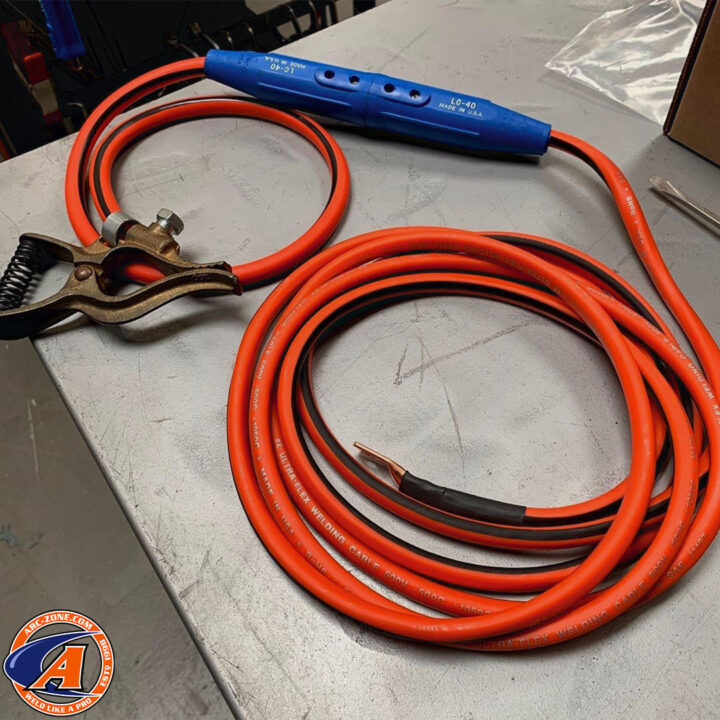 Racing to the Finish

Racing to the Finish