Joe Welder At the GNRS

Recently, I was fortunate enough to be able to go up to the Pomona Fairplex for the annual Grand National Roadster Show.  It was amazing!  Masses of people were milling about (I heard there were 40,000 folks there, grand total), and there were, of course, loads of cool cars, roadsters, trucks, and motorcycles to look at.

The main focus of the competition is, of course, the roadster, and there were so many awesome projects that caught my eye, but I just wanted to share a few of the highlights of my trip with you. 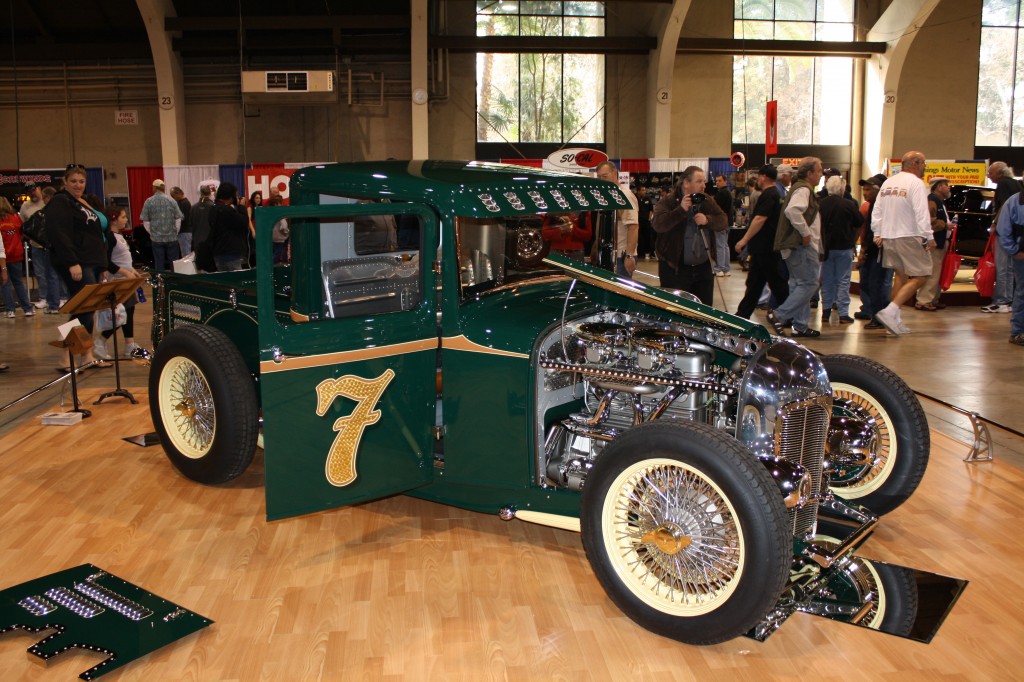 This was, hands down, my favorite roadster – actually, it’s a truck-roadster combination, but it had that “track look” that I love. . . Check out the craftsmanship on this car — the attention to detail was impeccable! 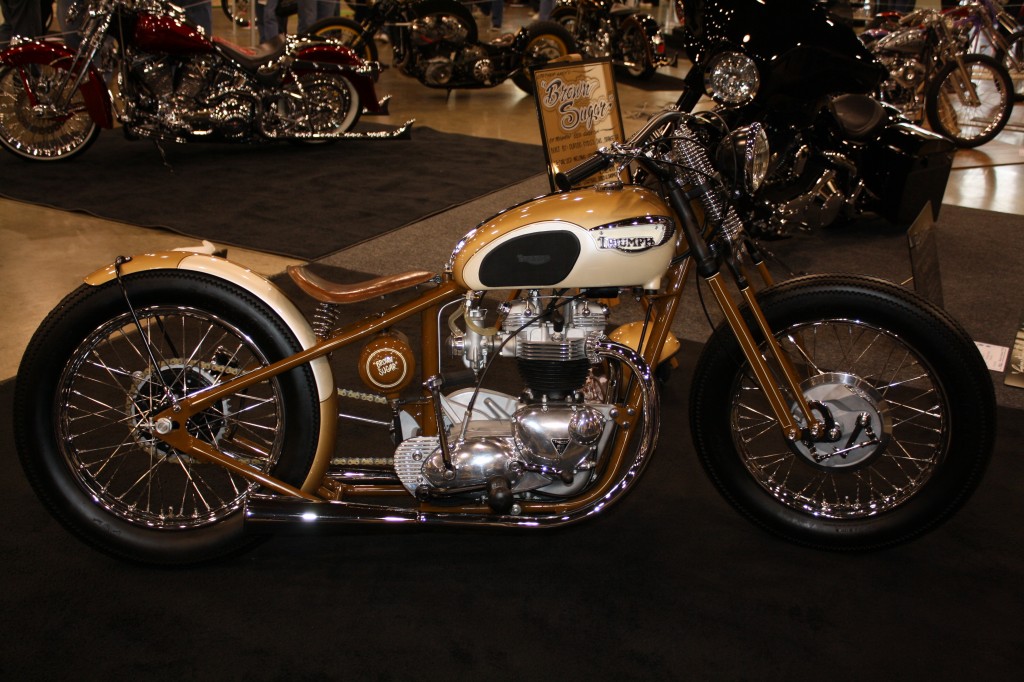 The place was like motorcycle heaven – it made me want to get back on my bike right then and there… or maybe one of theirs – much shinier and way more tricked out than my current ride. I loved this Triumph 650 Bonneville named “Brown Sugar” It took me back to one of my racing mentors Gary Scott who rode his Triumph TT and flat track bike @ Ascot Park in Gardena CA. I can still hear that bike screamin down the track! 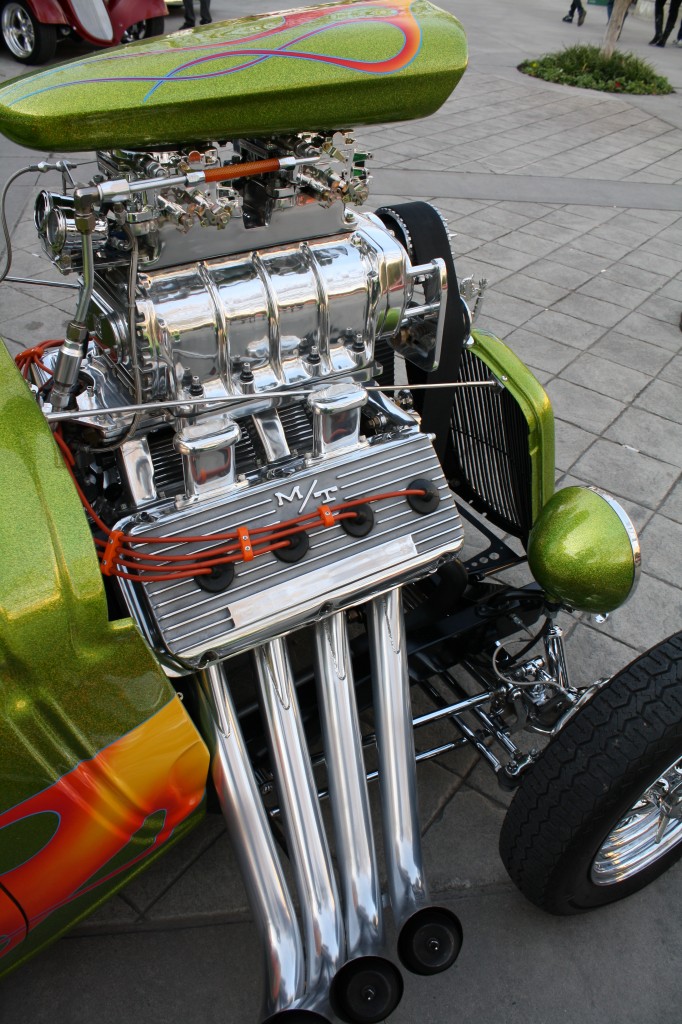 I saw this blown HEMI and immediately thought that this would be the perfect engine to install in my Toyota Prius! Talk about uncontrolled acceleration — most folks on the road have no clue what real horse power is. I might wanna get the brakes checked out before I install that bullet though… 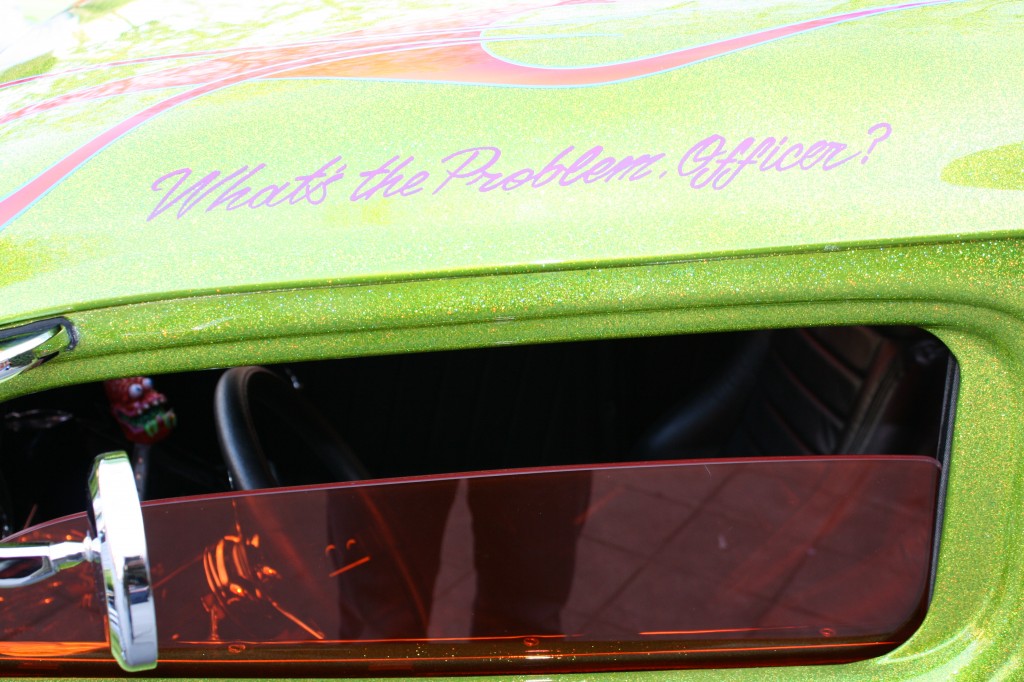 And, if I got such a bitchin’ engine, I would probably be tempted to speed like a maniac on my way to the shop, so while we’re installing that engine, I think I might have to go find one of the pinstripers that were there at the show to paint this on my car for me. 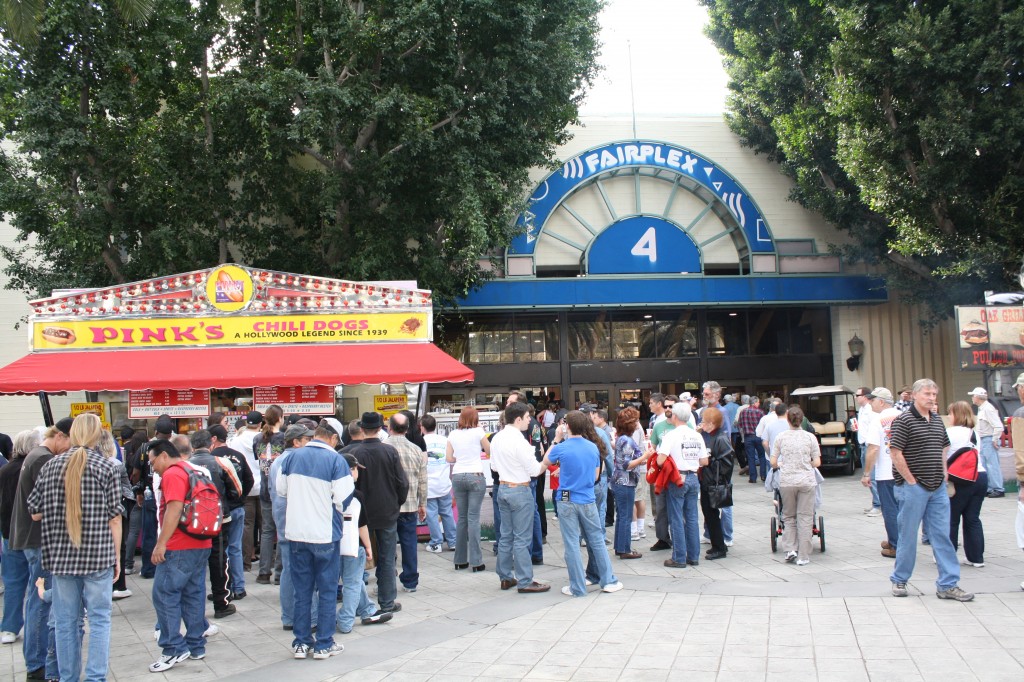 And who could forget the food?  As if the automotive eye candy wasn’t awesome enough, there was Pink’s Hot Dogs!  It’s a genuine Hollywood institution, so I had to break down and get one of their hotdogs – the server recommended the “Martha Stewart” – I said what’s in it — she said it’s a kosher hotdog, strip of bacon, sauerkraut, sour cream, relish in a kaiser bun.

Something tells me the bacon might just cancel out the “kosherness” of the hotdog, but hey, it’s a Martha Stewart — so it’s a good thing, right? I loved it! So next time you’re rolling down Sunset Blvd. in Hollywood, stop in and get a Pinks hot dog, or better yet plan on coming to next years GNRS– see you there!