Welding Away from Home

For some, learning welding might just be a hobby, or a way into a new career.  For teens at the Tuscaloosa juvenile detention center, it’s all that and much more.

TUSCALOOSA | Some of the teenagers at the juvenile detention center don’t stop getting in trouble just because they’re behind bars. 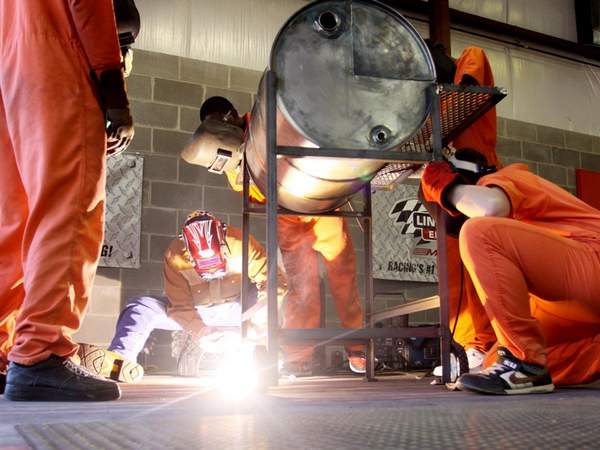 Fights occasionally break out between the inmates, who are sometimes incarcerated for crimes as serious as shootings and burglary. They may cause trouble in a classroom or refuse to follow rules.

But fights are occurring less often lately since the facility began offering a welding class on Thursday and Friday afternoons.

“People won’t act up because they don’t want to miss welding,” said a 16-year-old who has been at the facility for three weeks. “Some of them want to have a career in this, and it might be the only chance they’ll have to learn.”

But the program isn’t just to motivate kids to stay out of trouble while at the facility, although that is a positive by-product. The administrators, teachers and businesses who have contributed to the program hope that the vocational skills will benefit the teenagers once they’re released.