Bring it On! California sets the standard again for innovation and job creation. I look forward to working with the contractors, engineers and fabricators that will build and maintain the new plants needed to produce alternative fuels of the future.

From facilities complete with tubing, piping, valves and more to the equipment needed to transport the finished product you are looking at a big opportunity for the metal fabrication market.

As the state moves to reduce the carbon footprint of fuel, an engineer hopes to build a plant in Lancaster that will convert garbage into an alcohol-based mixture.
By Margot Roosevelt. April 22, 2009

Arnold Klann has a green dream.

It began 16 years ago in a sprawling laboratory in Anaheim. This year, he hopes, it will culminate at a Lancaster garbage dump.

There, in the high desert of the Antelope Valley, Klann’s company, BlueFire Ethanol Fuels, plans to build a $100-million plant to convert raw trash into an alcohol-based fuel that will help power the cars and trucks of the future.

It’s just the sort of improbable concoction that California is now demanding. On Thursday, the state is expected to adopt the world’s first regulation to reduce the carbon footprint of fuel. And, just as California created the first market for catalytic converters decades ago, this rule, a likely model for national and even global calculations, could jump-start a huge demand for new technologies.
CONTINUE READING LA TIMES ARTICLE–>

We’re ready… are you?

Weld Like A Pro Tip: How to Eliminate Flowmeter / Regulator Gas Leaks! 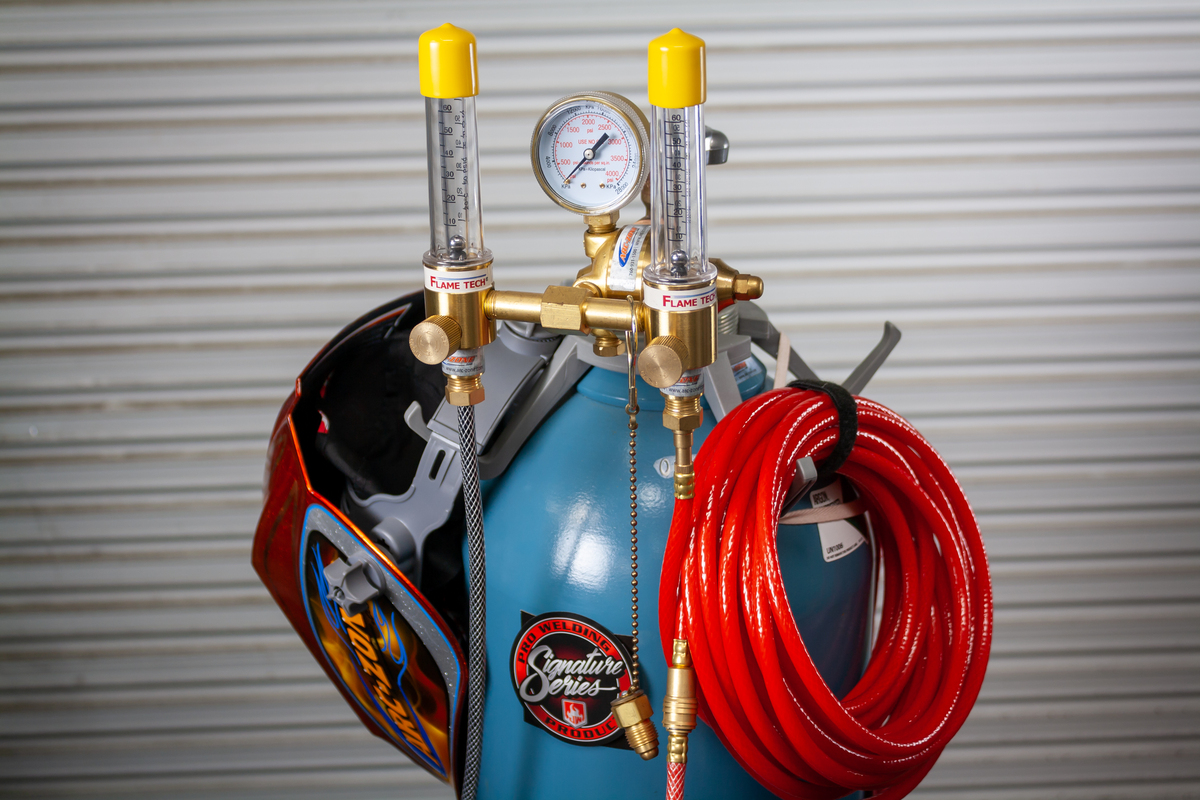 Weld Like A Pro Tip: How to Eliminate Flowmeter / Regulator Gas Leaks!