I can’t believe the number of calls we get from fabricators complaining about how their torch is bad, or the tungsten is junk, or….

Last week a Master Custom Motorcycle builder called me and said “man my welder is acting up can you set me up with a new Miller machine?” I jumped on the chance to tell him about the performance advantages of the New Miller Dynasty 350 DX — we sold four of them last month to a large customer and we don’t even sell welding machines! (but that’s for another post)

When I gave him the price he hoped there might be more to the issue than the fact that he had an older model TIG machine.

What he described was an uncontrollable weld puddle with porosity, sparks and smoke. That’s fine for MIG welding but not TIG!

I asked him the usual questions:

Is the material a cheap import?
Do you know what the mill specs are?
Is it coated with mill scale, did you clean it well?
Did you use your tungsten grinder to prepare your electrode?

After he’d checked it out, he called me back.

“Dude, I am so frustrated. It still is not working.”

When I asked him to check his gas bottle to verify that it is pure argon he told me, “I just had my supplier deliver some new bottles.”

“Check the Teflon insulating gaskets and back cap o-ring to insure they’re sealing properly,” I said.

He told me, “I gotta confess I need a new torch. You know the complete set-up like you sold me last time.” He said it wasn’t leaking water out the gas cup so I told him he didn’t need a new torch.

Turns out — and this is hard for me to believe — his gas supplier sold him and delivered Argon/Co2 mixed bottles. That is something I rarely ask because it’s so basic. But apparently it’s more common than I realized (Carmen Electrode tells me she hears this all the time on the welding forums).

My advice– save yourself time and money and ALWAYS verify the contents. “Gas type” should be clearly marked on the label of the cylinder. For TIG welding use Argon or in some cases Argon and Helium.

I know I’m adding this question to my checklist and you should too!

HOW TO SELECT THE RIGHT BLADE FOR YOUR BAND SAW 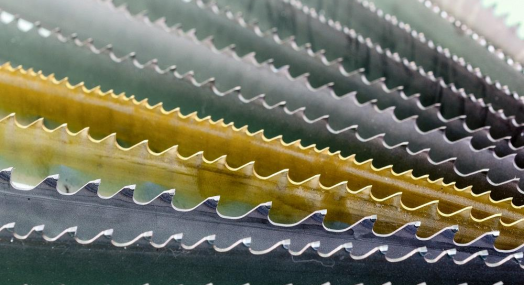 HOW TO SELECT THE RIGHT BLADE FOR YOUR BAND SAW

What Would Weldcraft Do?

What Would Weldcraft Do?