Mario Lozano, aka Super Mario from TSR Fabrication stopped by last week. We first met him last year when he called and wanted directions from Los Angeles– 90 miles away! 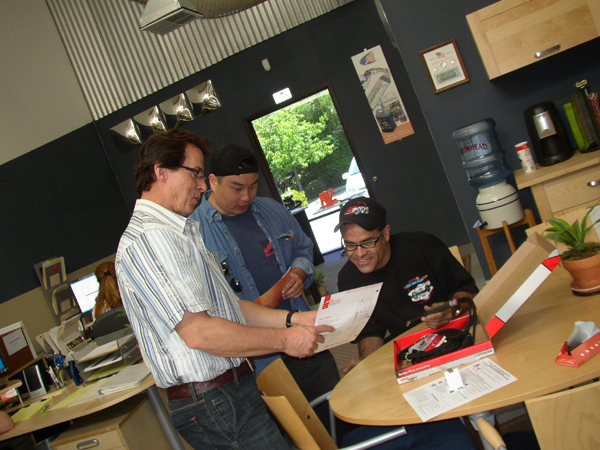 Mario heard we had some cool TIG torches, tungsten grinders and state-of the art argon purging cups and he wanted to see for himself, and pick up some items. That’s pretty cool when a guy drives by 10 to 20 “Welding Distributors” to get to Arc-Zone.

Mario represents the majority of our customers — he wants the good stuff and he wants to know how, and when to use it. Does he need a $1200 liquid tungsten grinder for a one man shop? Maybe not but he has one because it provides the best possible diamond ground tungsten finish… and part of it is where he is located — in the heart of the SoCal automotive performance hot bed, South Bay LA. All the sport import tuners stay in touch and are always checkin’ out what’s new in each others shops.

His recent visit was to solve an application problem he had. He and his tuning sidekick “Turbo Kevin” asked if we had something to help them TIG weld aluminum turbo intercooler fin spacers, that were about .012″ thick and also to get inside of a turbo inlet they were fabricating.

You should have seen their eyes light up when we busted out the Weldcraft WP-125, water-cooled Micro TIG torch Pro package customized with a cable cover and front end parts — Ready-to-Weld. With that tiny water-cooled TIG torch you can TIG weld inside of a 5/8″ diameter tube! That’s so cool when you can help someone to build something better and faster! 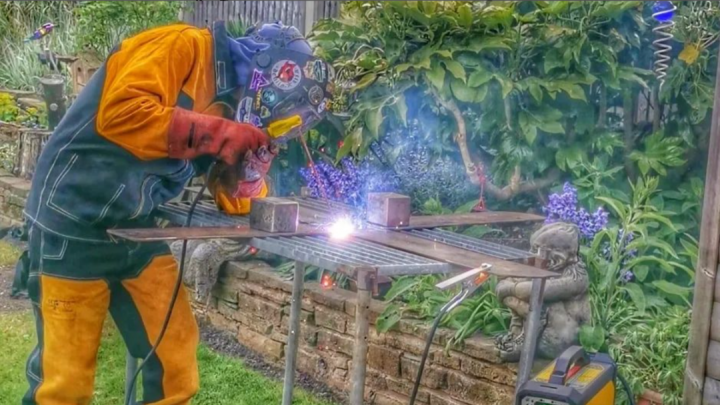