From Nanny to US Navy Welder

Alexandra Pollard serves as an E-2 Hull technician (Welder and a plumber) in the U.S. Navy. She recently stopped by Arc-Zone to pick up some welding  supplies.

Alexandra has been welding since she was 8 years old. “I got started because my dad couldn’t fit under our 1965 Chevy Impala. He put the auto-darkening helmet on my head, handed me the MIG torch, and told me to fill a hole in the under body,” she says.

Alexandra took three years of  welding in high school where her teacher was former Navy.

“Only after I joined [the Navy] did I know that I chose the same rate (HT) that he was!”

Before joining, Alexandra tried to go the union welder route, but that didn’t work out. Neither did working as a nanny, a customer service rep, and an office assistant.  Lucky for the Navy!  She spent three months in school at Great Lakes in Illinois and is currently in welding school at her current command (at Camp Pendleton) where she is learning TIG welding with stainless and aluminum. “Here we use TIG with aluminum filler metal the most. The LCACs (hovercrafts) are made up of mostly aluminum,” she explains. 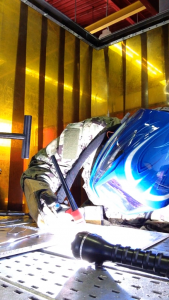 Gas welding is Alexandra’s favorite type of welding, but she says she enjoys all types of welding.

Alexandra says she hasn’t experienced any discrimination on the job, but in high school she did until she worked up to the position as Shop Foreman. “The guys tend to respect you once you show them you can do good work,” she says.

To her 15-year-old self Alexandra would say “Follow your passion. Don’t be afraid of what people think, just pick up the torch and burn rod!”

To other women interested in welding Alexandra would say “Don’t back down just because some dog is barking at you. You have to support yourself and follow your dreams.”

Her adopted dad got her started in welding, but when Alexandra met her birth father she discovered that he and her birth grandpa are welders. And her birth dad’s wife is a welder too!

Lena Dotson: Shaping Metal and Lives for the Better 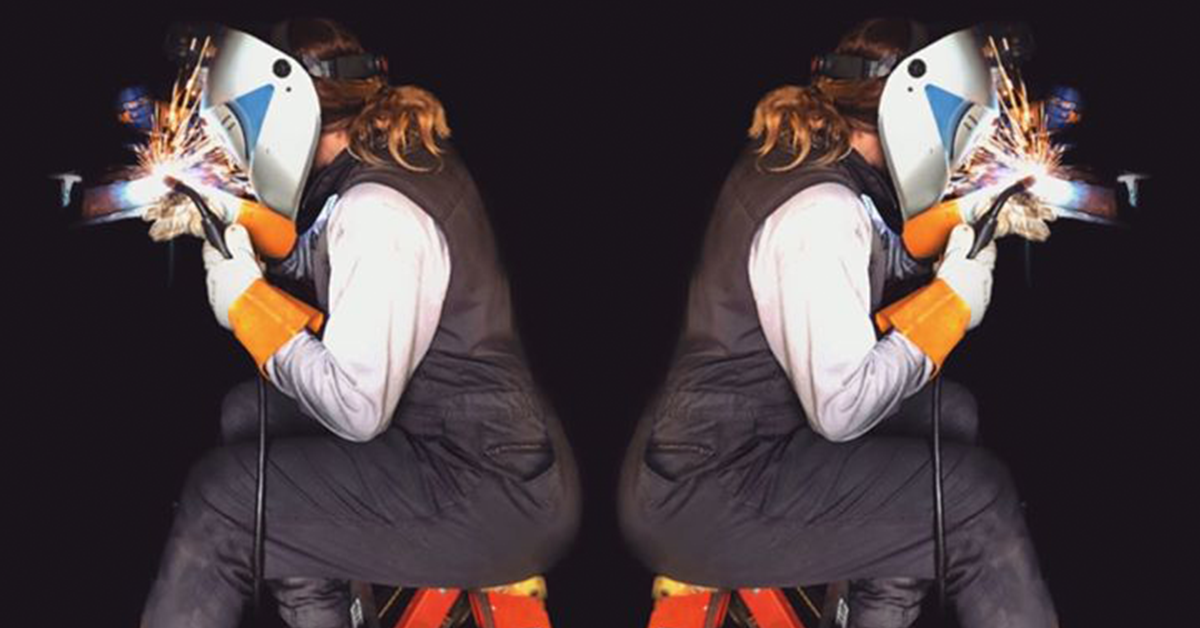 Lena Dotson: Shaping Metal and Lives for the Better

Welding Something from Nothing 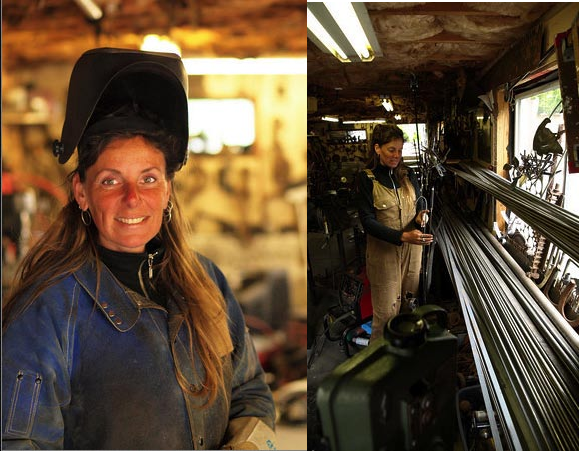 Welding Something from Nothing