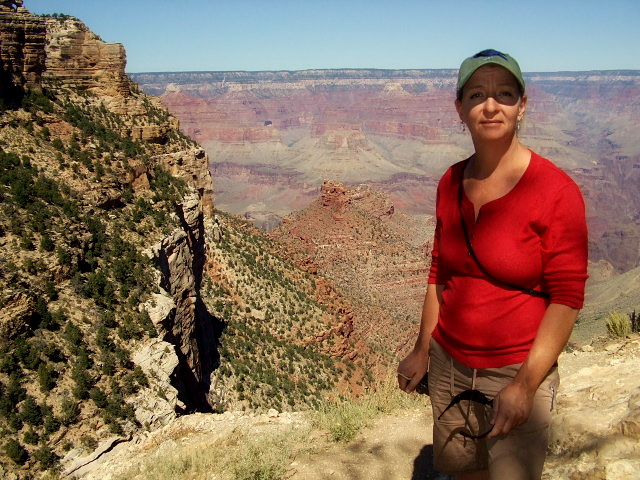 Since New Rosie Ann Beaird retired from construction—welding structural steel for 20 years—at only 44 she stays busy. She works 4-5 hours in her Oneonta Alabama pottery studio (a full-time job), she gardens, and cares for the chickens. “We raise a large garden and have chickens for food, so I devote part of my time to maintenance of that or processing [canning] the food,” she says. And she’s “finishing her house”. “In between all that I try to have time for sculpture fun, which usually involves welding!” she says.

In junior high Ann had the opportunity to take shop. She says the boys and girls rotated between shop and home ec, but when the girls took shop they were not allowed to weld. “That bothered me even back then,” Ann says. It wasn’t until she was studying for her Bachelor’s degree in art that she learned to weld in sculpture class.

She learned a variety of processes in college, and later went to work for a construction company as an apprentice where she was able to refine her skills and become certified. As a structural welder, SMAW / arc welding was the process she used most, but she says she did a fair amount of TIG / GTAW. “I worked for an ice cream plant….it needed to be clean and [we welded] mostly stainless steel,” Ann says.

Ann says she never went to work with an aggressive I-am-woman-hear-me-roar kind of attitude, which may be why, she says, “I experienced very little [discrimination] within the industry.” She says she was fortunate to hire on with a company that was fair and the men were very accepting. “In fact, they helped and encouraged me more than anybody.”

From time to time there was a superintendent who would not want to work with Ann simply because she was a woman, but it didn’t bother Ann. “There were too many others that always asked for me if I was available. I never saw any point in making the very few an issue because I always had work whenever I wanted it.”

Ann’s success in the male-dominated industry may come in part from her can-do attitude, always pulling her own weight on the job. “I never asked for help unless it was really needed,” she says.

Interestingly Ann did experience discrimination from outside the industry, especially from other women. “That has changed a little in the past few years,” she says, “but it was often not considered ‘proper’ for women to do that kind of work and blue collar women in general were kind of looked at as trash.”

“You know,” she adds, “you were just working around all those men for a reason.”

Ann says you just have to ignore that kind of thing, and ignore the men who don’t want you on the job, and go about your business.

Ann says when she was younger she had a set idea about what she thought she wanted to do with her life, but unexpected circumstances changed all that. The advice Ann would give her 15-year-old self? “Always keep an open mind about your future…. I ended up having the ride of my life and more self confidence and empowerment than I ever would have had any other way.”

Man or woman, structural welding is very hard on the body—Ann says her back and her shoulders are evidence of that now and one of the deciding factors in retiring. “I knew I couldn’t keep up that kind of work and needed to get out before I really hurt something. Admitting this to myself was hard.”

For women interested in welding, Ann says it’s a good career choice. “But be aware that it is too hard a job physically to not love.” She also advises that young women welders be serious about their work and produce a high quality product that you will be proud of. Good advice for any field you enter, especially New Rosies!

Ann notes that women usually do so well at welding that she is surprised there are not more women welders. As we’ve reported here before, only 2% of welders are women! “Women generally have a steady hand for fine work and more patience than men to produce a good quality weld as it requires an even, slow pace,” says Ann, adding that there are many types of welding applications that don’t require massive physical strength.

Still excited about the opportunities for women in welding, from structural to manufacturing, repair, and art, Ann says technical school would probably be the best training. “Or simply apprenticing in the company / field you want to pursue.”

At Arc-Zone.com we agree—pursue your passion, be serious, and focus on quality. 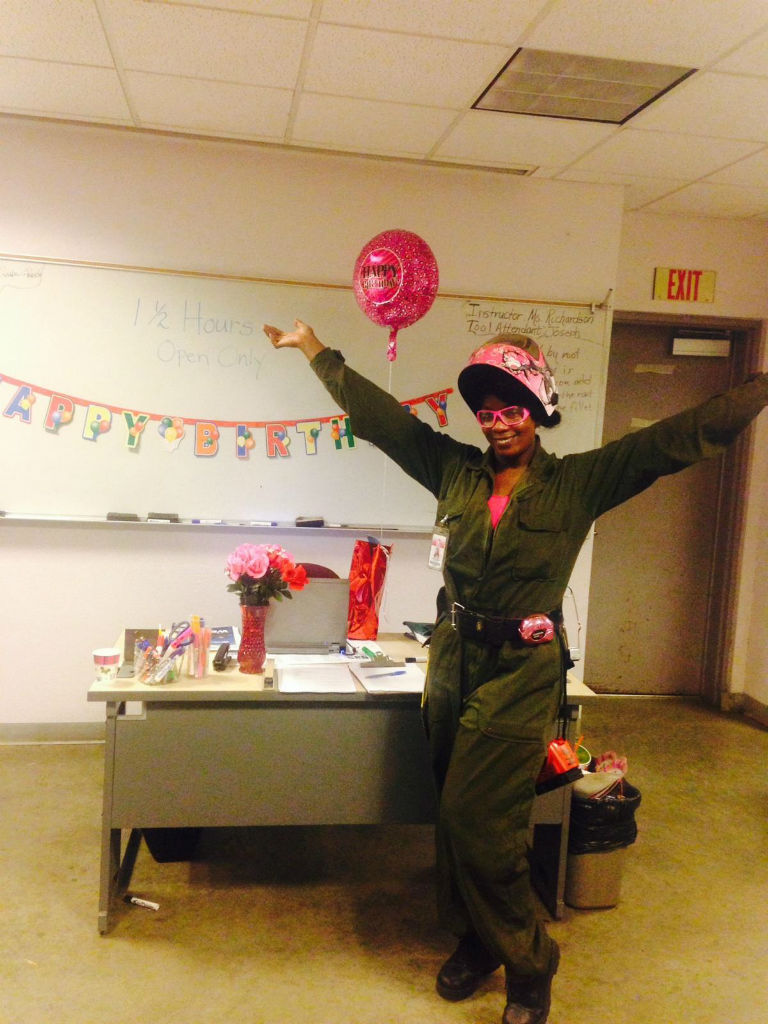 After All, It Isn’t Rocket Science!
New Rosies

After All, It Isn’t Rocket Science!