Three women at Butler Community College are working hard to dispel three myths – firstly, that women can’t be welders (obviously not), second, that welding isn’t as viable a tool as other art mediums, and thirdly, that there isn’t help out there for victims of abuse.

All untrue, and they’ve been able to make their stance abundantly clear through this one particular sculpture.

Women weld hope for those of domestic violence

BUTLER COUNTY, Kansas – Mary Coleman, Jessica Davis and Blake Rebholz – together they are helping dispel the notion that welding is a man’s job.

“When I first enrolled in the program I thought I was going to be the only woman,” Coleman said. “So it kind of scared me a little bit, but I was still going to go for it.”

It has been nearly eight years since any women enrolled in the program at Butler Community College – let alone three.

When El Dorado’s police chief heard about the trio, he contacted their instructor, Matthew Galbraith, to see if the ladies would consider working on a project to mark October as Domestic Violence Awareness Month.

“To let woman know that they have other options,” said Rebholz. “Like us, going into welding.”

So for the last few weeks, they’ve been working on a sculpture with a simple message that in another week or so will be permanently placed in front of the El Dorado Police Department.

Back to Welding (Safety) School 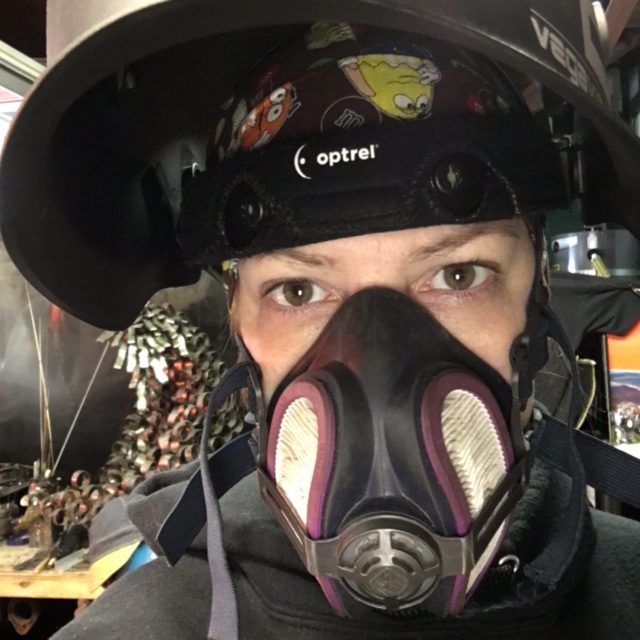 Back to Welding (Safety) School