Welding On the Front Page!

“[E]mployers are begging for qualified applicants for certain occupations, even in hard times…  Welder is one, employers report.”

That is the front page of the New York Times.  Welding is getting some good press, I’d say.  But seriously, the projected welder shortage and the current shortage of skilled welders is something that we need to take notice of.  I mean, if you won’t listen to me, at least listen to the Times!

Just as the recession began, Chris McGrary, a manager at the Cianbro Corporation, set out to hire 80 “experienced” welders. Only now, 18 months later, is he completing the roster.

With the unemployment rate soaring, there have been plenty of applicants. But the welding test stumped many of them. Mr. McGrary found that only those with 10 years of experience — and not all of them — could produce a perfect weld: one without flaws, even in an X-ray. Flawless welds are needed for the oil refinery sections that Cianbro is building in Brewer, Me.

“If you don’t hire in a day or two, the ones that can do that,” Mr. McGrary said, “they are out the door and working for another company.”

Six million jobs have disappeared across the country since Mr. McGrary began his quest. The unemployment rate has risen precipitously to 9.4 percent, the highest level in nearly 30 years, and most of the jobs that do come open are quickly filled from the legions of seekers. But unnoticed in the government’s standard employment data, employers are begging for qualified applicants for certain occupations, even in hard times. Most of the jobs involve skills that take years to attain.

Welder is one, employers report…

What have your experiences been during this recession?  Is there as high of a demand for skilled welders as they say? 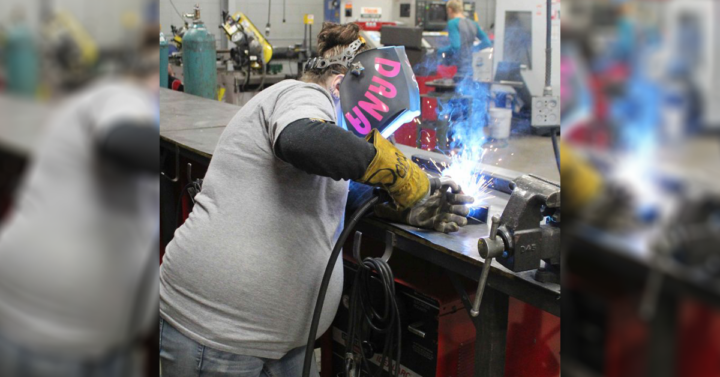 The Crucible and Welding