Finally, one guy has the guts to tell us what we’ve all known all along.  Women can weld!  Quelle suprise!

During World War II, many females filled work force roles in traditionally male occupations. After the war, most left these jobs, but that doesn’t mean women are any less able to fill them. Experience has taught welding instructor Marty Rice that females make danged good welders.

“Girls can’t weld!” That’s what one of my students nicknamed “Bucky” said many years ago as a lone female walked into my all-male welding shop. Seventeen guys and one gal, I can only imagine how she felt walking into that class.

I had just completed a teaching internship at a trade school and had taught a female student who had done well and was hired for a really good job when she graduated. I also had worked with a couple of women who were danged good in the field. One of them was in my Iron Workers Local, and she could weld and work iron with the best of ’em. She’d walk the high steel in a flash (no arc welding pun intended), carrying leads and tools as if it were no big deal. So I knew girls could weld, and much to his surprise, Bucky soon found his female classmate could weld better than he could!

Of course we here at CarmenElectrode.com have been showcasing women welders for a year now. Be sure to let us know if you or someone you know would like to be profiled as one of the New Rosies

How To Find Your Happy Place 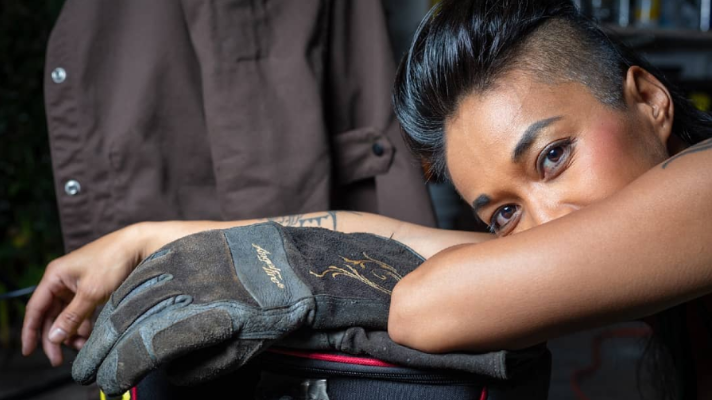 How To Find Your Happy Place

As Good as the Boys
Welding Education, Welding Fun

As Good as the Boys

The Psychology Behind the Scholarly
Welding Fun

The Psychology Behind the Scholarly