Lincoln Electric’s Own Brand of Justice 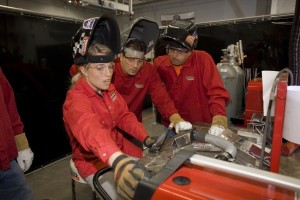 With a degree in mechanical engineering from the University of Dayton, Erin Justice was a good catch– for Lincoln Electric’s technical sales team. “I was recruited….right out of college,” she says.

As a native of the Cleveland area, Erin was familiar with the reputation of Lincoln Electric, a leading manufacturer of welding equipment. It was the people at Lincoln that clinched the deal. “Lincoln is a big company with a small company feel,” she says. “Everyone is very personable.” The combination of technical expertise and a pleasant work environment seemed to be the perfect fit.

Erin’s official bio states that although she had some experience welding during a stick welding lab in college, it wasn’t until she went through 16 weeks of welding classes at Lincoln’s renown welding school that she learned the special skills needed to excel as a technical sales representative in the Detroit District office.

As an engineer, it’s not surprising that Erin finds the challenge of welding to be a big part of the draw. “Welding is an art that requires a lot of practice. There is a lot of science and technology behind that art,” she says.

She is familiar with SMAW, GMAW, FCAW and SAW but counts GTAW as her favorite. “It takes a lot of time and skill to get good at. The skilled TIG welders I’ve met always have the best tips and tricks and it’s amazing to watch them work.”

Discrimination has not been a problem for Erin. “As a woman I don’t think people expect you to know a lot about welding. Once you show that you know what you’re talking about, it doesn’t matter what gender you are,” she says.

As proof, after a year and half, Erin was able to parlay her experience and skills to a move back to Cleveland where she is now a corporate trainer along with three other technical trainers at Lincoln’s headquarters. The school trains customers, distributors and Lincoln employees by providing general product knowledge, background for sales knowledge and best practices on maximizing productivity.

Growing up, Erin’s parents encouraged her development in math and sciences while her grandfather—an engineer—encouraged her to pursue her education in engineering. Had she known then what an integral part of her career welding would be, she probably would have advised her fifteen-year-old self to take a class or get involved with a welding club.

As for young women interested in welding as a career? Erin would encourage them to consider a career in welding even though women are still a minority. “There are a lot of great career opportunities available…. If you think about it, there aren’t too many things that you use on a daily basis that haven’t in some way been touched by welding.”

The Lincoln Electric Company, headquartered in Cleveland, Ohio, is the world leader in the design, development and manufacture of arc welding products, robotic arc-welding systems, plasma and oxyfuel cutting equipment and has a leading global position in the brazing and soldering alloys market.

Since 1917, the Lincoln Electric Welding School has instructed over 100,000 men and women in the various methods and techniques of safety and arc welding processes. These Lincoln-trained students are in high demand by a variety of welding fabricators, at pay levels that exceed industry average. In addition, the school is listed by the Ohio State Board of School and College Registration, under certificate number 71-02-0059T. The Lincoln Electric Welding School is the oldest and one of the most respected arc welding schools in the United States. 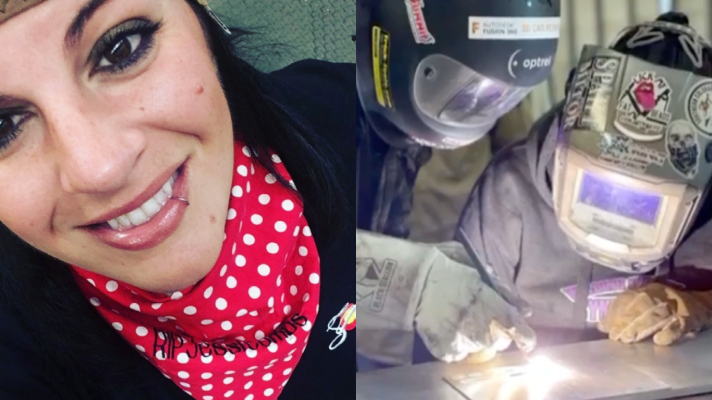 Women Who Weld: Providing Equal Opportunities for Women in the Trades 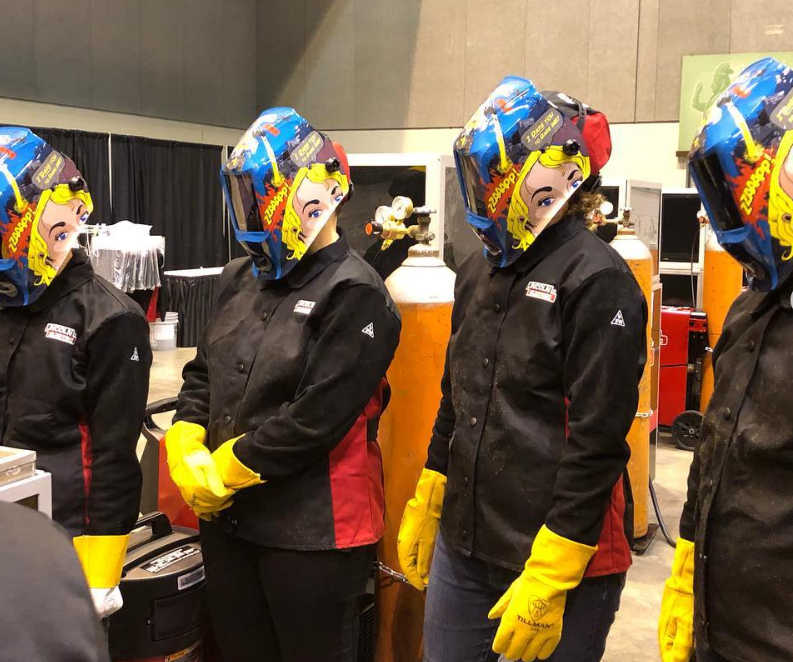 Women Who Weld: Providing Equal Opportunities for Women in the Trades

What does The Green Hornet have to do with Welding?
Lincoln Electric, Welding Fun

What does The Green Hornet have to do with Welding?