Stefi Beck doesn’t look like a welder– at least not when she’s doing a show at a local coffee house in Toronto. A singer, songwriter and guitar player, 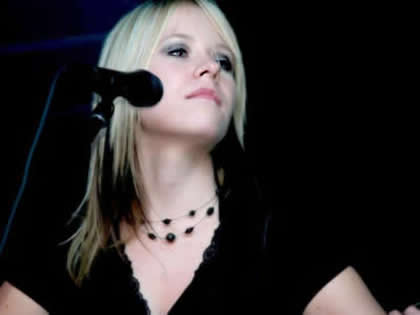 Beck is coming into her own as an artist, but for the time being she earns her living as a Steamfitter Apprentice.

“I got into welding because I wanted a job with flexible hours that would allow me to travel. I am a musician and am very keen about playing music and I needed a job that I could physically do, and [would] allow me to have a musician’s lifestyle,” Beck says. 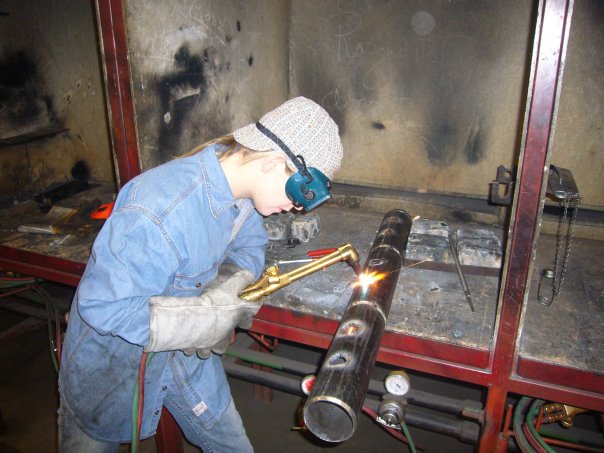 The most common welding process for steamfitters is stick welding, or SMAW although Beck (shown at the right) is cutting pipe with an oxy acetylene torch for a school assignment.

Beck started her training at George Brown College night school. “Once I figured out I really liked welding, I did a four month course at Babcock and Wilcox, a big welding company in Cambridge.”

Beck landed an apprenticeship with the steamfitters union soon after that. “I lucked out big time!” she says.

Beck says that her family found it “a little weird” that she opted to study welding, especially since she could have gone to school to study anything. What she really wanted is to play music, but found that she liked the job too. “I love using my head and my hands to build things with welding. It all worked out in the end,” she says.

According to Beck, trade skills are something that everyone needs to have around and there is no shortage of work if you’re willing to use your hands and get dirty. But it’s not just hands on – trade school gets down to things like the theory of pipe, expansion rates of metal, calculating offsets, math and drawing blueprints. And even though it’s an intense course, Beck says “It’s a very rewarding job when you have a goal to build something, and know how to get it done in the most efficient way.”

As for discrimination, or being the only woman on a construction site, Beck has never had a problem. “They see me as somewhat of a pioneer and if their daughters had the opportunity to have a job like that they’d be very happy to know the money is good.”

And while some people may think that welding is too physically demanding for a woman, Beck counters, “I may not be able to lift what some of these guys can, but I am a small female who can easily fit in places where most of these guys can’t. In the trade that is an asset.”

For Beck, there were no female role models to ask questions of. For women interested in welding she advises taking classes at a local community college first to see if it’s something you really like. “Just being in a class full of guys was good preparation for me on the job…. It’s hard to fit in sometimes when the conversations are about golfing, fishing and hunting, but it’s amazing how everyone finds their place if you’re willing to work hard and do a good job.” 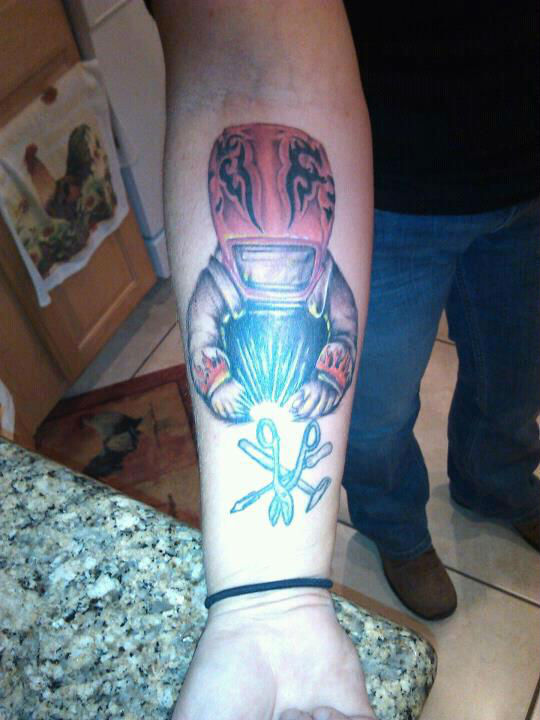 Welding IS for Girls Too